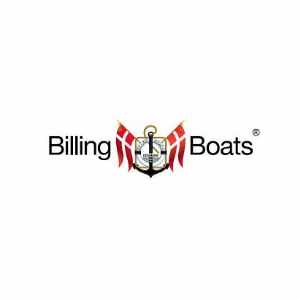 The schooner Bluenose has a very special place in the history of navigation and yachting. Built to fish off the Newfoundland coast, the ship soon turned out to be such a fast sailer that she won all the great classical regattas along the USA’s Eastern coast. She was built in Nova Scotia in 1929, and shipwrecked near Haiti in 1946. A true copy – Bluneose II – was launched in 1964.

All of the 600 Series Model Boat Kits (item numbers 600-609) include an easier way of building the hull. The hull is assembled in halves, on a table. This allows for easier assembly and is quite useful in learning plank-on-frame or plank-on-bulkhead construction! Once each half is done you join the two for a completed hull. Make sure you work each half in opposite directions so that when joined they marry up evenly!

Some of the finest model boats in the world, using the latest technology, our Danish craftsmanship and know-how.Billing Boats made for everyone…Designed and made in Denmark